Due to negative speculation about real estate values in the media, the sales in the first half of 2013 were sluggish as consumers became wary about purchasing, and sales were down compared to the same period in 2012. The second half of 2013 was marked by brisk sales, as consumers realized that prices and demand had continued and that as Franklin D. Roosevelt said in his 1933 inaugural address, “there was nothing to fear but fear itself!”
The average selling price for 2013 as a whole was $523,036, which represented an increase of 5.2 % compared to the calendar year 2012 average of $497,130.

The average selling price will be up again in 2014 and by more than the rate of inflation, probably 4%-7%, as the seller’s market conditions that drove price growth in the second half of 2013 will remain in place in many parts of the GTA. Neighbourhoods of low-rise home types like singles, semis and town-homes, will continue to be in demand as they are the neighbourhoods that are in great demand by first time buyers.

Continued immigration, the good economy, a positive outlook about the future and low interest rates, all will continue to drive the real estate market in 2014, and the future looks great for home ownership. Condominium sales will continue to be strong in 2014 as investors and young people continue to snap up condominiums in prime downtown locations. A strong rental market assures investors of good returns and high demand as Toronto continues to grow.

All in all it’s a great time to buy Toronto Real Estate. If you are considering a purchase in 2014, let me encourage you to do it now. The harsh weather discourages buyers from looking now, and represent a great opportunity while there is less competition!

If you have any questions, or know of someone who could use my expertise, please give me a call, I would be happy to help.

All the best in the New Year,
Howard 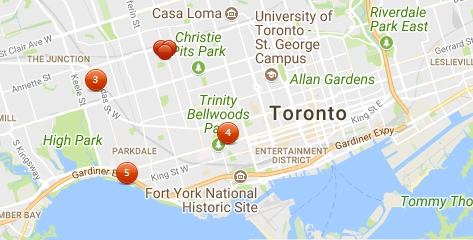 Howard is truly an exceptional agent. We had highly specific needs, desires and limitations when it came to buying a home. Howard was not only incredibly attentive and respectful of those needs, but personable and creative as well. He never urged us beyond our financial limit and in the end brokered a fantastic deal for us! We LOVE our home!
Yael Padawer and Karl Trutwein

Sold Within A Week

I have known Howard for many years. Recently I discovered that he is a Realtor,and when I told him that I wanted to sell my house, he brought me an offer at my asking price,and the house was sold within a week. I am very happy with his services.
Raphael Schick,M.D.

He brought to the experience a sense of calm

The decision to sell the house was difficult enough,and we were expecting the process to be at the very least, unpleasant with months of anxiety,, upheaval and turmoil. However, our real estate agent Howard Esakov took hold of our situation with so much grace, patience, kindness, and understanding, that he brought to the experience a sense of calm, knowledge, and integrity. Re Max is most fortunate to have such a gentleman.Howard is now a cherished friend who has our deepest appreciation. We have with confidence, recommended his expertise. Our house was sold in a month.
With gratitude, Norm and Michaela Davies.
Norm and Michaela Davies

He understood my family’s needs and didn’t let me get carried away with homes that were not suitable for us. When it was time to sell he was well-informed and strategic. His knowledge of the market and calm disposition was reassuring at a stressful time in our lives.
Stacie and Martin